Most Anticipated Upcoming Games in 2022 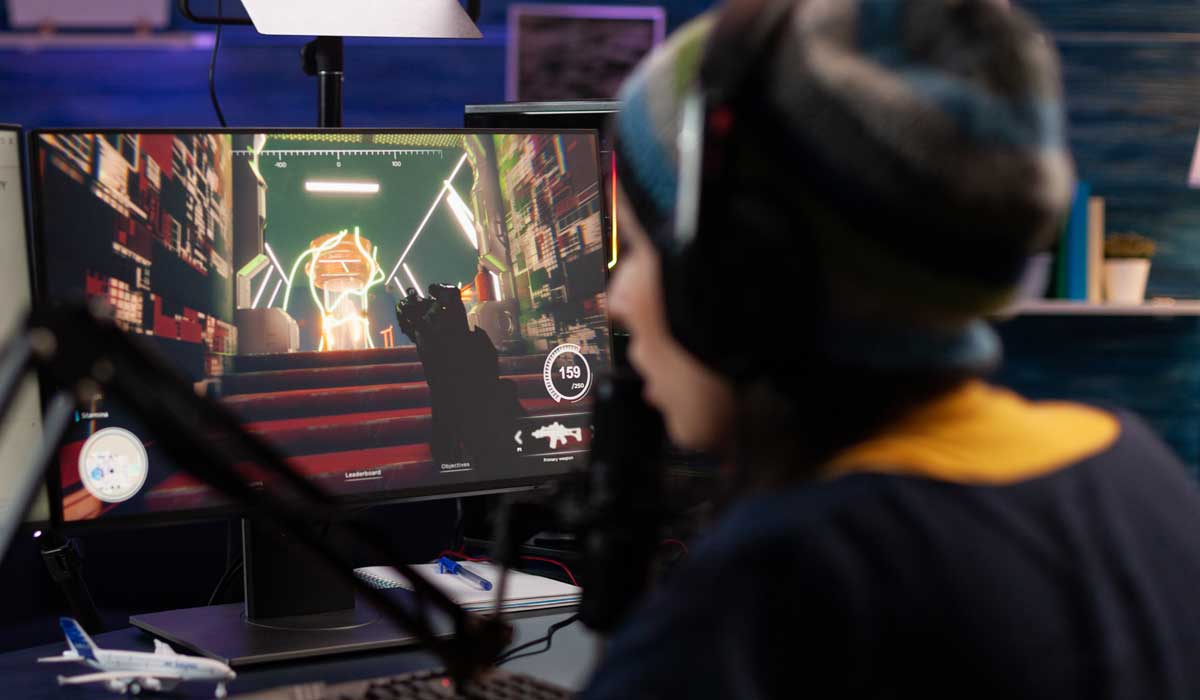 2021 was rough for everyone, particularly the gaming industry. As the world transitioned from Covid-19 to normalcy, studios had no idea how to process this change. Consequently, many video games got delayed, much to the dismay of the players.

If you were also one of them, we’d like to say, ‘Every cloud has a silver lining.’

You are about to be rewarded big time for your patience. All those big titles that were postponed last year?
Well, most of them have been/will be released in 2022.

Some received critical acclaim (Elden Ring), while others were panned by critics and gamers alike (Babylon’s Fall).
Nonetheless, there are roughly four more months before we bid farewell to this year. And from where we’re looking, the line-up of upcoming video games looks absolutely bonkers – in a good way, of course.

But enough talking.
Let’s get down to business. Or, in this case, the most anticipated games of 2022: Going back to its roots, the Deep Silver-published game will be set in a period when street gang wars were rampant. This means you can participate in plenty of turf battles with your Saints.

In the game, you’ll take on the role of a former mercenary who aspires to be a gang boss. By using the skills and knowledge you learned before, you decide how to rule the city of crime.
Whether you want to smuggle drugs or engage in arms trafficking, the choice is entirely yours.

Joining this quest will be three new members:

Saints Row takes place in the fictional town of Santo Ileso, ruled by three different gangs: Los Panteros, the Idols, and Marshall Defense Industries. As of writing this blog, the game will be released on 23rd August on PC, PS4, PS5, Xbox Series X, and Xbox One. Not into building criminal empires like in Saints Row? Looking for a more civilized video game?

Two Point Campus is your answer.

As the name suggests, in Two Point Campus, you assume the role of a campus director, responsible for the education and welfare of your students. And you won’t have to just manage them; you’ll have to build the university from the ground up, including the:

And don’t think the students will be one-dimensional. To make the game as realistic as possible, the developer – Two Point Studios – has given different personalities to them.
So, you’d be dealing with bullies, controversies, and all that stuff.
Oh, and you’ll have to make sure your students succeed in life. Fun, right?

Since Two Point Campus was inspired by The Sims, it isn’t high demanding. You’d be able to run it on an Intel Core i3 6100, 4 GB Ram PC. It’ll be released on Nintendo Switch, PS4, PS5, Xbox One, and Xbox Series X/S on the 9th of August. Yes, the colorful, family-friendly Splatoon 3 has every right to be on this list, even though there are many more exciting games that could’ve made the cut. But the thing is, its predecessor, Splatoon 2, sold over 13.3 million copies across the globe.
Therefore, it was expected that the game would get a third installment.

Developed and published by Nintendo, Splatoon 3 comes with a lot of exciting features, like new:

The overall objective has also changed; previously, it was all about ‘killing’ opponents using colored ink. But in Splatoon 3, you have to cover the map as much as possible with your team’s ink.

The game will be made available to play on Nintendo Switch on September 9, 2022.

So, get ready to challenge your friends and family. Technically, Stray has already been released in July.
But because the game’s concept is unlike anything we’ve ever played, we’re willing to bend the rules. Plus, Stray’s physical edition comes out on September 20, so we’re not entirely wrong.

Anyway, back to the main topic, Stray.
Developed by BlueTwelve Studio and published by Annapurna Interactive, Stray is an adventure video game where you play as a… wait for it… stray cat. Yup, you meow and nuzzle up to pedestrians (who happen to be robots, by the way), evoking a response from them.

But the game’s main objective isn’t to make people go ‘aww’ with your cute antics; it’s to reach the surface after you fall into a walled futuristic, Blade Runner-esque city.
And watch out for the Zurks and Sentinels, who won’t miss a single chance to kill you.

Although it’s been just a month since Stray came out, some are already calling it a ‘meow-sterpiece’ (their words, not ours).

Check Out: Avail GameFly Coupon Codes for The Upcoming Games A significant departure from the original, Overwatch 2 promises to be a lot of fun. And if the trailers suggest anything, it’s that you’re in for one helluva ride.  The first-person shooting game introduces the five-on-five player-versus-player (PvP) mode, which wasn’t in the previous installment.

The characters can be divided into the following groups:

And undoubtedly the greatest addition, players of both Overwatch and Overwatch 2 would be able to compete against one another.

When the game was showcased at E3 2022, the publisher and developers Bethesda Entertainment promised that Overwatch 2 would focus on the story mode as much as the PvP mode.

Overwatch 2 will be available to play on October 4 (early access) on various consoles, like PS4, PS5, Xbox One, Xbox Series X, PC, and Nintendo Switch. Batman: Arkham is undoubtedly considered one of the greatest video games of all time. So, expectations went through the roof when the developers – WB Games Montreal – announced that they were making yet another Batman game.

However, this time, the Caped Crusader is dead, and so is Commissioner Gordan, resulting in increased crime in Gotham City. Now, it’s upon Batman’s former apprentices to protect their mentor’s legacy, like:

You can play as one of the characters, though the game also has a two-player cooperative multiplayer mode. With no Batman, you can look out for classic DC villains like Harley Quinn, Mr. Freeze, Penguin, and more to show up.

Gotham Knight seems to be heavily inspired by the 2022 film The Batman, starring Robert Pattinson and Zoë Kravitz; it’s dark and focuses more on the detective side of the characters.

Gotham Knights - Get It Now! If it were up to us, we’d give God of War: Ragnarök the title of the most anticipated game of the year. Its preceding installment God of War, became the best-selling PS 4 game and won numerous accolades, such as the ‘Game of The Year’ award by many publications.

God of War: Ragnarök will see players continue where they left previously. The protagonist Kratos and his teenage son Atreus will travel across the nine realms, including Vanaheim, Svartalfheim, and Asgard, to prevent a world-ending prophecy, Ragnarök, from fulfilling.

The game will also feature classic Norse mythology characters like

God of War: Ragnarök is intended to be the final chapter of the Norse saga.

Given that the Santa Monica Studio-produced action-adventure game requires heavy work, some predict it’ll be postponed to 2023. But for now, it’ll release on November 9, 2022 (we’re sincerely keeping our fingers crossed).

And sorry, PC and Xbox players; this one’s exclusively coming to Play Station 4 and 5.

God of War: Ragnarök - Get This Game! After playing Pokémon Legends: Arceus back in January 2022, you might have thought, “Okay. There’s no way Nintendo and team are releasing yet another Pokémon game in 2022.”

Enter: Pokémon Scarlet and Violet.
Although being released as one, Pokémon Scarlet and Violet are two different yet interconnected games (it’s complicated). They’re set in a Mediterranean Sea-inspired region.
And unlike Pokémon Legends: Arceus, the worlds in this game wouldn’t be restricted by borders; players would be allowed to explore at their leisure, reads the game’s official website.

In addition to familiar Pokémon, some new faces will also be making an appearance, like Sprigatito, Smoliv, Cetitan, Fidough, Pawmi, and more.
You’d be able to connect with other players to trade and battle Pokémon.

Pokémon Scarlet and Violet have a release date of November 18th, 2022. Only those with a Nintendo Switch can play the game, though. You’ve got plenty of reasons to play The Callisto Protocol.
For starters, it’s a sci-fi survival horror game.
Secondly, Krafton is publishing it, the studio behind one of the highest-grossing video games of all time, PUBG: Battlegrounds.
And finally, The Callisto Protocol is directed by Glen Schofield, who you might better know as the co-creator of the Dead Space franchise.

In this game, you’d be playing as Jacob Lee, a prisoner of Black Iron Prison, a supermax prison located on Jupiter’s Moon, Callisto. If things don’t sound bleak enough, you’d be glad to know that your fellow inmates are turning into monsters and hunting you.
But you have a gravity gun to fight them, which levels the playing field – well, sort of.

Whether The Callisto Protocol will be as terrifying as Dead Space remains to be seen, but it’s got enough chills and scary creatures to satisfy the survival horror fan in you.

The game will be available for play on PC, PlayStation 4, PlayStation 5, Xbox One, and Xbox Series X/S on December 2nd, 2022.

The Callisto Protocol - But It Now

We’re 8 months into 2022, and we’ve already seen some pretty good video games: The Quarry, Tiny Tina’s Wonderland, Lost Ark, and plenty of other titles.
Be that as it may, you shouldn’t ignore the upcoming months. With an exciting line-up of family-friendly titles and sequels of celebrated originals, the rest of 2022 looks fantastic.
Not sure about you, but we’re definitely awaiting these games with a bated breath. 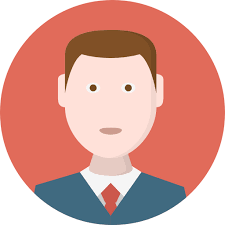