Netflix’s Bridgerton famed Nicola Coughlin plays 17-year-old Penelope Featherington in the historical-romance show. Interestingly, she’s also the 16-year-old fast-talking protagonist of the recently-concluded Derry Girls ¬¬– a sitcom about four teenage girls (and a boy) growing up in Northern Ireland during the mid-1990s.
Adult actors passing off as teenagers in films and TV shows is a common practice, nothing too surprising. However, when you consider the fact that Coughlin turned 35 this year, it is a big deal.
So, how does she manage to pull off roles half her age conveniently?

Fortunately, Coughlin is not the only female celebrity who was kind enough to share her skincare routine. A lot of others did, too.

Read on to find out who!

Let’s be honest. We’ve all wanted to look like Jennifer Aniston ever since she made her way onto our TV screens (and into our hearts) as the well-meaning but self-obsessed Rachel Green in F.R.I.E.N.D.S.
It’s been 28 years since the show premiered, but it seems like Aniston has hardly aged. While talking to a wellness brand, she revealed that she uses a lot of soap and water first thing after waking up.
Other beauty trends Aniston is a big fan of include moisturizing and nourishing. The latter, she claims, strengthens her nails and provides a radiant glow.

One glimpse of Salma Hayek is enough to make you believe she’s in her early 30s. In reality, however, she’s 55 years old. So, what’s the secret behind the American-Mexican actress’s natural skin?
No, it’s not Botox. Despite having a net worth of $200 million and being married to one of the wealthiest men on the planet, Hayek has never undergone a cosmetic procedure.
Instead, Hayek relies on two simple things to get a natural glow: coconut oil and facial massage. In fact, she has a dedicated Japanese massage therapist who visits her from time to time.

Halle Berry played Orora Munroe, aka Storm, aka the Goddess of Thunder, in the famous X-Men franchise. It turns out, she was born to play the role, considering how otherworldly her skin is.

Luckily for us, Berry didn’t shy away from sharing her skincare routine on Instagram. And the best part? You can achieve it at home without stepping inside a spa. It consists of four simple steps, including cleansing, exfoliating, applying a mask, and finishing with a serum.
Berry believes following this routine helps her deal with dead skin, leaving behind spotless skin.

Nora Lum, who you might know better as Awkwafina, has a pretty low-key skincare routine.
The Shang-Chi and The Legend of the Ten Rings star say the first thing she does before sleeping is take off her makeup. Next, she washes her face and applies a serum while it’s still damp and moisturizes. Interestingly, Awkwafina claims that she knew nothing about skincare until just a few years ago.
Well, whatever she’s doing clearly works in her favor.

Fresh off the success of The Batman for her scene-stealing role as Selina Kyle/Catwoman, Zoe Kravitz has always practiced self-care. Having two incredibly famous parents – List Bonet and Lenny Kravitz – made her conscious of how she looked from a young age.
Her daily skin routine includes using:
Although Kravitz is a frequent user of beauty products, she believes that everyone is pretty in their own way. And that one shouldn’t use makeup to cover their face but rather highlight their features.
No wonder Kravitz is so beautiful from the inside out!

If you follow Gwyneth Paltrow on social media, you must be aware of how comfortable she is in her own skin. From posting bare-faced selfies to being the owner of a self-care business, Goop, the actress-turned-entrepreneur rarely wears makeup to the office.
Paltrow’s routine is more of a mixed bag – a combination of great sleep, exercise, and nutrition. She says it doesn’t only enhance her physical appearance but gets her mentally ready for the day, too.
She wakes up at 06:30 AM every day and spends the first few hours meditating, cleansing, exfoliating, and applying sunscreen before heading out for the day, around 09:30 AM.

Zendaya has starred in multiple blockbuster films, released an album, and won a Primetime Emmy Award – all at the tender age of 25 years old. Being a person of such incredible stature, one would think Zendaya would have a strict skincare routine. But that’s not true.
Talking to The Skincare Edit, Zendaya said that she believes in the ‘less is more’ concept when it comes to skincare. So, she just cleanses, tones, moisturizes, and moves on.
But that doesn’t mean Zendaya doesn’t try out new products. In fact, she does it all the time, thoroughly enjoying the process.

Killing Eve and The Chair star Sandra Oh didn’t always have fabulous skin. She admits that up until her early 30s, her skin was terrible. It made her feel ugly and insecure.
But it was during the shoot of Grey’s Anatomy that Oh started visiting an acupuncturist, which was a life-changing experience for her. Talking to NewBeauty about her skincare routine, Oh revealed that she cleanses her skin not once but twice in the evening.
The first cleanser removes all the makeup from her face, while the second cleanser deals with common skin problems.
Oh finishes the process with the help of a wrinkle-reduction device.

While most celebrities on this list do not have a hard and fast skincare routine, Reese Witherspoon walks a different path. She gives 13 minutes every day and night to self-care, whether on set or at home.

And considering Witherspoon sold her female-led media company Hello Sunshine for a mind-boggling $900 million, you bet she deserves to take care of her skin.

In addition, Witherspoon credits her glowing skin to exercise, lifestyle choices, and drinking lots of water.
Well, Elle Woods would certainly be proud of Witherspoon’s love for self-love and pampering!
Stars – They’re Just Like Us!
Contrary to popular belief, celebrities have not descended from the heavens. They’re very much like us, except, you know, richer. Luckily, you don’t need to have a lot of $$$ to purchase the skincare products they use.
Just follow one of the routines we’ve mentioned in this blog, and you’ll be oozing that red carpet glow in no time! 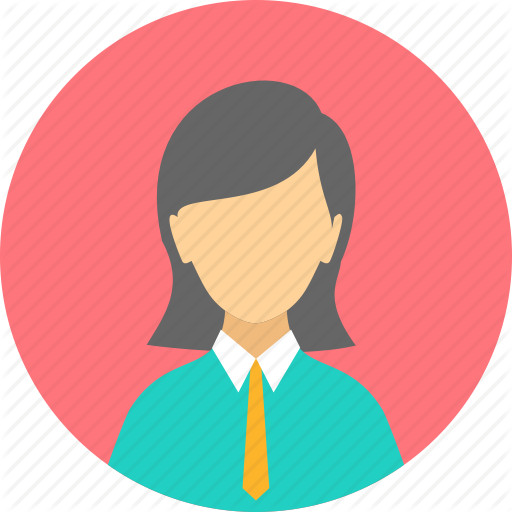